This illustration aims to depict lolita fashion (of aulde, admittedly, the current fashion standing at a complete 180° from its roots) as a feminine fashion free of the male gaze. The original [gothic] lolitas were young women from Japan, introverts most likely, who aimed to dress solely according to their own tastes heavily influenced by romantic ideas about western historical fashion, while until not so long ago women fashion played a more important part in attracting a partner, notably by revealing more and more flesh as the decades went by. Lolitas, with their layers upon layers of frills and lace, didn’t fit into the then-ideal of sexiness, and for the first time, their modesty wasn’t driven by morality but solely by æsthetics. This is why I placed this lolita with a koinobori, a symbol now associated with all children but which used to represent boyhood during the (formerly known as) Tango no Sekku festival. The object she holds is alien to her, because she doesn’t care. 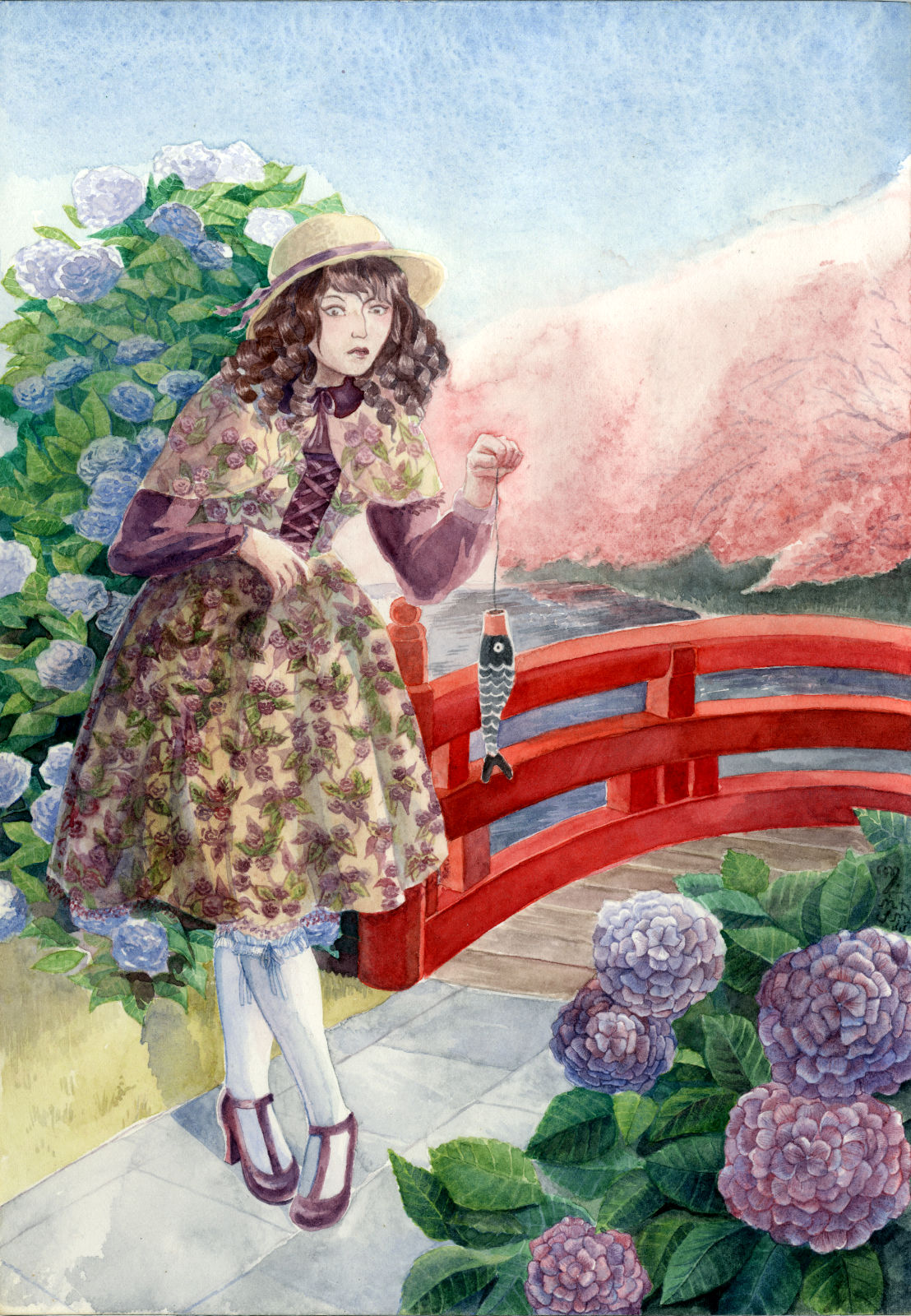